Press freedom around the world depends on an open, reliable and secure internet.

Internet censorship and repression take many forms. The People’s Republic of China (PRC) regularly censors words, phrases and names published on the internet that it deems to be anti-communist and anti-government. It also limits access to many websites. Government-enforced internet shutdowns and network restrictions also inhibit freedom of expression, including for members of the press. In Venezuela, the government uses electricity and internet blackouts to inhibit access to information and control potential political unrest.

“Over the past 10 years, the entire spectrum of human rights are now enabled, facilitated, and accessed through the internet,” Access Now says. “We are prepared to address new technologies as they emerge, and to bring the implications for human rights to the fore.”

You can make money playing in virtual worlds: Gabby Dizon

Altitude Games CEO Gabby Dizon thinks the science fiction-inspired virtual reality Metaverse is being created all around us at increasing speed. “The Metaverse means different online worlds that are interconnected upon some form of shared economy. Usually, this economy is based on a blockchain,” explains Dizon, who also heads Yield Guild Games.

US must embrace Bitcoin to counter Chinese ‘financial attack’ — Pomp

“I do wonder at this point whether Bitcoin is to be thought of, in part, as a Chinese financial weapon against the U.S. It threatens fiat money, but it especially threatens the U.S. dollar,” Thiel had said in an appearance at the Nixon Seminar.

Asked whether this was a potential problem, Pompliano was quick to point out that Thiel was not an opponent of Bitcoin but rather that it, like the internet, could have both positive and negative consequences for Washington should policymakers make ill-thought-out decisions.

“I think what we’ve got to understand is that Bitcoin is an open, decentralized protocol,” he explained to CNBC’s “Squawk Box” segment.

Censorship of alternate media: The West running scared of the truth

This is what the West has become. The West which loves to brag about its role in spreading “freedom” and “democracy”, which has the audacity to describe itself as the “free world”, is the biggest robotic, shopping center styled prison, which exists on earth. Now, you can’t even freely share political expression on the internet. Why? Because the dictators of the West are too scared that the public may actually demand an end to the tyranny caused by our major corporations and governments.

DeFi Is the New Lemonade Stand

The current decentralized finance (DeFi) trend may be capable of turning the tide. As an industry, it brings financial services and products to the entire world by removing intermediaries and gatekeepers altogether. As financial access can boost local society’s living quality and prosperity, it is paramount to bring these tools to as many people as possible.

More importantly, the time has come to address the most significant issue in centralized finance: Too few people are in control. When a consumer deposits funds at a bank, they essentially give up any control over that money.  The same idea applies to investing, where most people will do so through an account manager or financial expert, relenting control over their funds.

Zionists recently got Microsoft to introduce hate speech terms, so they can turn the brakes off on my cyber car anytime the Zionists want to pull the trigger.  Am getting fed up with all the bullshit. We need Web 3.0 sooner than later including substitutes for Microsoft and WordPress.

END_OF_DOCUMENT_TOKEN_TO_BE_REPLACED 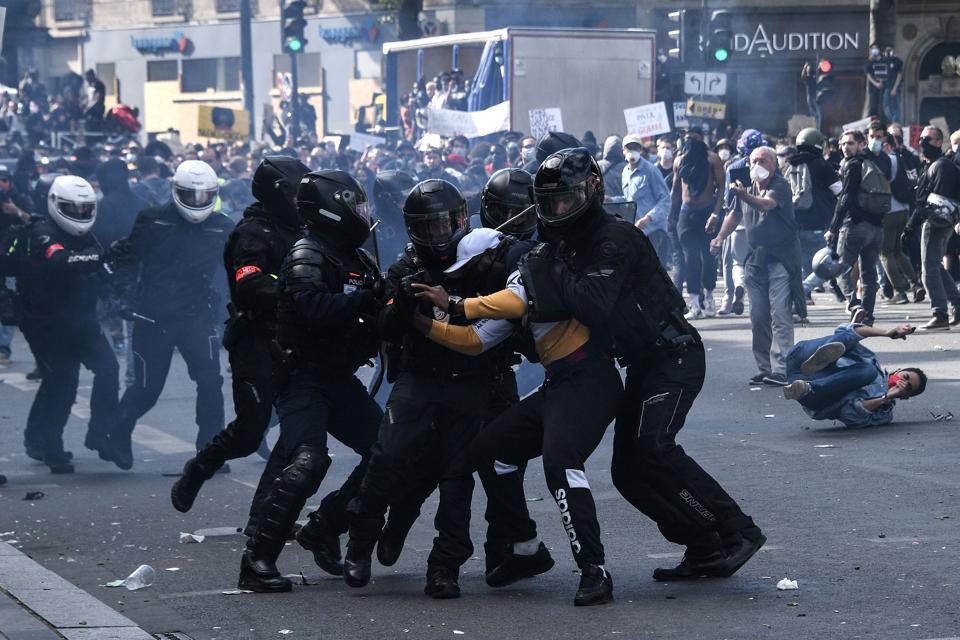 Why Bitcoin Is A Silent Protest Against Corrupt Governments Everywhere

One anti-authoritarian community stood up in solidarity and tweeted: “Bitcoin is a peaceful protest.”

For the newbs: Bitcoin is a non-sovereign, hard cap supply, global, immutable, decentralized and completely digital store of value, held by many as an insurance policy against the irresponsibility of central banks globally.

What Are Mesh Networks and Why Are They Making a Comeback?

In essence, a mesh network is a type of network where nodes are directly connected to one another, allowing information to be passed from node to node without requiring a centralized routing service or device, such as an internet service provider.

These nodes might be connected together in a variety of different ways, such as WiFi, Bluetooth, or radio signal, allowing for a potentially huge heterogeneous network of nodes. These nodes may be a device created for the sole purposes of operating as a node, such as a GoTenna mesh, or may be a device with node functionality, such as a smartphone or computer.